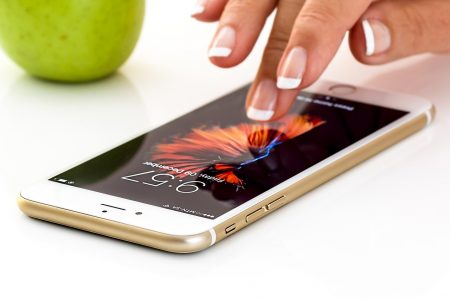 There are different types of app development, the best known and probably most widespread is native app development. Native apps are programmed specifically for certain operating systems and are therefore also optimally tailored to these and the associated end devices. It can be observed that the share of developed native apps is slightly decreasing compared to web apps and hybrid apps. Learn more about native apps, their development and their advantages and disadvantages in this article.

What is a Native App?

A Native App or Native Application is an application which is installed on the mobile device. Like a computer program on the computer. The software is specially programmed and adapted for an operating system and the matching end devices. Native apps are most often programmed for Google Android and Apple iOS, as these two operating systems are most strongly represented on the market and actually make up the entire market with a market share of around 99%. Besides Android and iOS, Windows Phone still plays a small role, but the development of a Native App for Windows Phone is neglected by most companies due to its small market share.

Native apps can interact with the hardware of the end device and make use of it. For example, it is possible to access the camera, GPS, gyroscope or other sensors of the mobile device. In addition, a native app can access existing or pre-installed software on the smartphone or tablet. This means that the device’s data and RAM can be accessed and, for example, images from the smartphone can be used or edited in the app.

Native apps are actually proprietary software, which means that it is very difficult for users or third parties to make changes and adjustments to an app. The source codes of the apps are usually locked away so that they cannot be easily copied. Nevertheless, it is possible for registered developers to gain insight into the code through the appropriate development environment (SDK).

The costs of native development are usually somewhat higher than the development of a hybrid app or a web app. This is mainly because the app has to be programmed separately for each operating system, as the code for Android and Apple is written in different programming languages. This makes it difficult to give a general price for a Native App. In addition, the resulting costs depend on many factors such as scope, functions and complexity. In our article on “App development costs” you can get a more detailed overview and see different price examples for already developed apps.

In order to determine the advantages and disadvantages of native apps, a comparison product is needed, in this case web apps or hybrid apps. Based on their key figures, it can be determined in which points the native app is better than its counterparts. It is important to make it clear that no development method is “the best”, it often depends on the problem or the requirements and which technology implements them in the best possible way. The budget of the app programming also needs to be considered during development.

The only disadvantage of Native Apps is the longer development time and the resulting higher development costs. This is because, as already mentioned, a Native App should be programmed for both Apple iOS and Google Android, as this covers almost the entire mobile market. Hybrid or web development can save about 20% of the costs compared to native app development. But also the maintenance costs for a native app are higher, because updates for several systems have to be programmed and rolled out. In addition, there are higher fixed costs, which are incurred due to the app store usage. In addition, 30% of the revenue of a native app must be paid to Google or Apple as transaction fees. 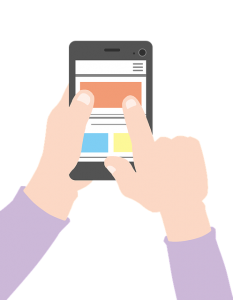 Google Android has the largest market share with around 86.5%, followed by Apple iOS with around 13.3%. Other platforms are virtually absent from the market, which makes additional development, which is associated with additional costs, superfluous. According to experts, this trend will continue in the future and even deepen. Thus, other operating systems like Windows Phone will soon no longer be available on the market. Next, we will give you a brief overview of the technical background of native development for Android and iOS.

Android is an operating system for mobile devices, which was developed by Google and was first launched in September 2008. The most recent version of the software is Android 10, which is also unofficially nicknamed Android “Q”. It is used by many companies like Samsung, HTC, Xiaomi or Huawei for their smartphones, tablets and netbooks. Due to the many companies and thus also the many end devices, Android is the most used operating system for mobile devices and has a market share of around 80.9% in Germany.

The technical basis of Google Android is the Linux kernel. Native apps for Android are written in the Java and Kotlin programming languages. To program an app for Android, a software development kit (SDK) is required in addition to the appropriate programming skills. An SDK is a development environment in which applications are programmed. The SDK for the development of native Android apps is called “Android Studio” and was also developed by Google. Android Studio is an open source program and can be downloaded free of charge from the Internet. In addition to Android Studio, another software is required for programming Android apps, the Java Development Kit (JDK), which is also available for download free of charge. Both programs can be installed on any computer, after which programming can be started directly. Due to the open source character of the software, it is possible for everyone to program their own Android app.

Like Android, iOS is an operating system for mobile devices. iOS was developed by Apple and first released in June 2007. The latest version of the software is iOS 13. Unlike Android, iOS is only used by Apple and only for its cell phones (iPhones) and tablets (iPads). Other companies do not have access to the software and are therefore not authorized to use it. Despite the restriction to only one company, around 18.9% of operating systems on mobile devices are a version of iOS.

Native apps for iOS can be programmed in the programming languages Swift, which was specially developed by Apple, or in Objective-C. Due to the different programming languages of Android and iOS, the written code cannot be used for both native apps, which can result in overheads for native development, as already mentioned. Apple also has its own development environment, the SDK for iOS apps is called “Xcode”, which, like Android Studio, is available for free on the Internet. Unlike Android Studio, however, Xcode cannot be installed on every computer, it must be an Apple computer or a computer running macOS. An Apple computer or a macOS emulator are therefore essential for the development of an iOS app. This is often the reason why companies decide to have their app developed by an agency. In our article “App programmieren lassen” you can read about the advantages of having your app developed by a professional app agency. 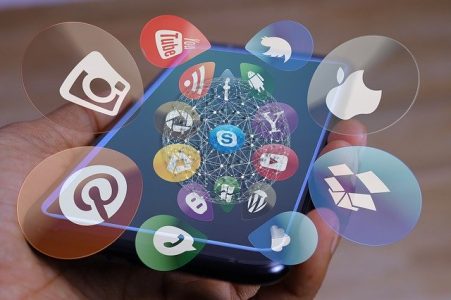 In order for your customers or users to install the app on their phones or tablets, you should make it available for download on the various app platforms. In the case of Android, this is the Google Play Store and for Apple, it is the App Store. In order to publish your app on these platforms, they must be subject to Google’s or Apple’s guidelines. These mainly include rules on privacy, family-friendliness, content restrictions and monetization. You can find the exact guidelines of the respective companies on their homepages. Besides the Google Play Store, there are usually company-specific app platforms on Android devices where you can also offer your app for download. For example, Huawei has the AppGallery and Samsung the Galaxy Store, but third-party companies like Amazon also make apps available in their own app store.

There are often fees for publishing in these app stores. In the Google Play Store, you have to pay a one-time registration fee of 25 USD. To publish your app in the Apple App Store, you must register with Apple as an app developer. You can then purchase a developer license, which costs 79 € per year in Germany, this is necessary for a release of your app in the App Store. Marketing on other app platforms also usually incurs certain fees, which is why you should consider whether a release in the Google Play Store and Apple App Store is not sufficient. App agencies will also assist you with publishing in the respective stores. Specialized agencies will also assist you in marketing your app. Most of the time, apps are published on different app platforms to generate revenue from them. This is possible in many ways, be it a paid app, advertising in the app or in-app purchases. Learn how to make money with your app in our article “App Monetization”.

Conclusion – Is a Native App Worth It?

Native development of an application guarantees that it is optimally adapted to the operating system and its mobile device. The app is enabled to access all hardware and a large part of the software of the device. As a result, Native Apps can be developed very extensively and there are almost no limits regarding different functions. In addition, Native Apps have an excellent performance, which is often the decisive reason that speaks in favor of Native development. The only disadvantage of a Native App development is the cost, as it is usually around 20% higher than that of a Web or Hybrid development. However, these additional costs are worth it in most cases, since all really successful apps are native apps. By publishing the app on the various app platforms, you open yourself up to a wide audience. You can also place advertisements there to draw attention to your app, which can increase download numbers, especially shortly after the release of your app.